I'm a moody reader. What I read has to fit my mood or I won't be able to get into the book. So I went to the library tonight and picked up a few that caught my eye. So now I'm changing my summer reading challenge list.

alternate:Honeymoon with my brother by Franz Wisner

The Woman at the Washington Zoo

The curse has finally been lifted! It's been hell going without a book. I checked out The Woman at the Washington Zoo by Marjorie Williams a couple of weeks ago, thumbed through it, but it has been sitting on my bookshelf since. So a day or two ago, I looked at my bookshelf and "The Woman..." caught my attention. Marjorie Williams wrote political profiles for The Washington Post and Vanity Fair. She wrote about people like Barbara Bush and political columinst Mary McGrory. She also wrote a weekly column for Slate, the online magazine.

The essays in "The Woman at the Washington Zoo" are about so many different things, from politicial figures to assisted suicide, gender to family life, and also cancer. Williams was diagnosed with liver cancer in 2002. The doctors told her she only had months to live, but she went on to live for another three and a half years.

Most of my favorite essays in the book are in Part 3: Time and Change. There is no way that I can put into words what this book has come to mean to me. But I will try. I'm a typical reader, starting with the beautiful introduction by Williams' husband, Timothy Noah. But then I went to the back of the book, which is so unlike me, and started reading. Hit by Lightning: A Cancer Memoir is my favorite essay. Williams tell of the first sign: Her son, Willie noticing that she lost weight. She tells how it should have been a sign of something wrong, but admits that she's like most American women and "yearning for thinness is so deeply a part of me that it never crossed my mind that weight loss could herald something other than good fortune." She also tells of the second sign, a lump in her abdomen, going to different doctors for an answer, before finally receiving one: liver cancer that was stage IV (b).

So many times I felt like crying for Williams. But instead I laughed at her good (and bad) jokes, marvelled at her play of words, and her honesty with describing life and knowing that soon, very soon you will die. It's my newest favorite book.

If you don't like my post, read the book anyway.
Posted by Vasilly at 6:05 PM No comments:

I'm upset. I just cannot keep interest in a book right now. I have no idea what's going on. But I am addicted to signing up for challenges. I've joined many. Maybe I need to read a short story or two.
Posted by Vasilly at 3:12 PM 1 comment:

Something is really wrong with me. I joined another challenge. This time it's the New York Times Notable Book Challenge. You picked the number of books that you want to read off the 2006 list. I'm only going to read three. Here's my list:

After this. By Alice McDermott
Arthur and George. By Julian Barnes
Everyman. By Philip RothForgetfulness. By Ward
JustGate of the Sun. By Elias Khoury
One Good Turn. By Kate Atkinson

The Road. By Cormac McCarthy. (Let's hope I can stomach this one.)
The Translator. By Leila Aboulela
Suite Francaise. By Irene Nemirovsky
The Afterlife. By Donald Antrim. (I know I'm going to read this one. I read such a great review about this book in Poets and Writers.)

Eat, Pray, Love. By Elizabeth Gilbert. (This is one of my favorite books ever. It made me so happy. It's also very truthful about life and very funny.)
The Lost: A search for six of six million. By Daniel Mendelsohn
The Places in Between. By Rory Stewart
Reading like a writer: A guide for people who love books and for those who want to write them. By Francine Prose (I started reading this one. Already I feel myself paying more attention to what I am reading.)

Let's see how far I'm going to get with this list.
Posted by Vasilly at 6:29 PM No comments:

Something about me reading challenge

Okay that's it. I'm going to join one more (okay maybe two more,) book challenges but that's it. The newest one that I'm joining is SomethingAboutMe reading challenge. You nominate the five books that represent you outside the blogging world. Each person in the challenge then pick as many books as they want to read off the list. The reading isn't done collectively and everyone makes their own list. I love this idea. I know I'm about to find so many good books that I haven't heard of or read yet.

My five books are:
Blindness by Jose Saramago. This is one of my favorite books in the world.
What's eating Gilbert Grape? by Peter Hedges. I only read it when I'm depressed
Traveling Mercies by Anne Lamott A honest and open spiritual memoir.
Living Judaism by Rabbi Wayne Dosick.
Eat Pray Love by Elizabeth Gilbert Such a light, funny book. You cannot read it and be depress.
Posted by Vasilly at 2:13 PM 2 comments:

Labels: something about me reading challenge 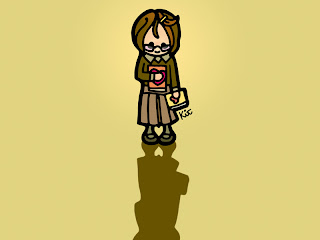 I absolutely love Kit Allen. He's a writer/illustrator that has published several books that my son, Avram, absolutely love and worship. He's the author of Sweater, Longjohns, Galoshes, and Swimsuit. He used to make mythicnorms. This one is my favorite. It represents me almost completely.

Posted by Vasilly at 7:31 PM No comments:

Time has gone by so fast

It has been a minute since the last time I posted an entry. I've been so caught up in life: reading, going to school, and being a mom. All of that takes up so much time that I totally forgot that I even a blog. That is until today. Yesterday I joined Anovel challenge group on yahoo!groups. I had already decided to do the Summer Reading Challenge, Short Story Challenge, and also the Southern Reading Challenge. Since you have to have a blog for many of these challenges, then here I am.

For the Summer Reading Challenge, I'm going to read probably four books. The challenge begins June 1st and ends August 1st. My four books will be:
Dirt Music by Tim Winton
Water for Elephants by Sara Gruen
An Unfinished Life By Mark Spragg
The Convenant by Naomi Ragen
Extra Credit or Alternate: Cloudstreet by Tim Winton
Children of Men by P.D. James
These are the books that I have been wanting to read for the longest time and haven't gotten a chance to. I've heard such great reviews about all four books. My alternates are there just in case I can't get into a book. I'm a believer in the 50-page rule. If by page 50 the book isn't keeping my interest, then I'm going to put it down.

The Southern Reading Challenge starts June 1st to August 31st. The challenge is to read three books from Southern writers that are based in Southern settings. My three books will be:
To kill a mockingbird by Harper Lee
The Invisible Man by Ralph Ellison
A curtain of Green by Eudora Welty


I know I'm going to be busy for a couple of months!!
Posted by Vasilly at 1:21 PM No comments: 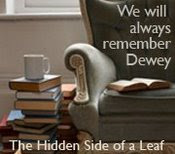 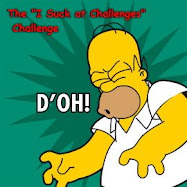